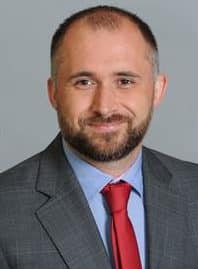 In their response to Hillingdon Council’s draft Climate Change Action Plan, Hillingdon Labour Group have said this draft action plan and the agreed declaration of a climate emergency do not go far enough.

The draft action plan says that the council will use it’s influence to encourage wider carbon reduction, however, using influence alone does not go far enough. Hillingdon must not fall behind other local authorities but should, like them, go further to ensure a carbon zero borough.

As part of the response, Labour have added some suggested amendments which includes leading and inspiring residents, businesses and schools to reduce their own carbon emissions to achieve the target of a carbon zero borough by 2050, and also to ensure that investments do not contribute to climate change by devesting in fossil fuel producing companies and ventures by 2030.

“Climate change is the biggest threat to our plant and it impacts on Hillingdon residents through increased  flooding and adverse weathers. The Council’s Climate Change Action Plan must be more ambitious focusing on a zero carbon Borough to match the scale of this challenge.

“Rather than be the ‘greenest’ London borough which we already are with our more rural north we must be an environmental pioneer innovating like other local authorities in green technologies and community initiatives for a stronger and more diverse local economy with more jobs and stronger local communities involved at every level.”