A Better Not Bigger Heathrow 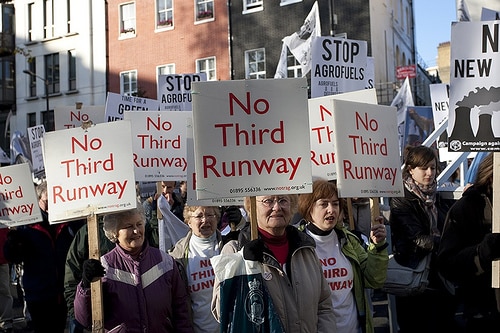 In response to the letters and emails originating from the “Back Heathrow” campaign, the Hillingdon Labour group’s position is that we are totally opposed to any further outward expansion of Heathrow Airport.  However we are not anti-aviation, furthermore we fully appreciate the importance  of  the airport  to the local economy and local employment opportunities.

Our position is that we believe that the need is for a “Better Heathrow, Not a Bigger Heathrow” and as such we welcome internal developments such as the new Terminal 2 (The Queens Terminal).  This demonstrates quite clearly that it is possible to achieve a better, not bigger, airport on the existing site.

We consider that many of the arguments around capacity, hub status and European competition, do not stand up to scrutiny and in many ways are just an edited version of the arguments put forward for previous expansion programmes, such as Terminal 4 and 5, which were approved on the basis that it would mean no further expansion would be necessary.

On the subject of any possible closure of the airport, we consider  this threat to be bully boy tactics from Heathrow Airport Limited who are trying to say that unless they get their way and have a 3rd runway, they will take their ball away.  In our view this is totally unrealistic and we believe that the airline industry would not allow the only major airport within the Greater London area to simply close.  It is also disingenuous to claim that a 3rd and 4th runway is needed for extra capacity and then suggest that if another airport was built to the East of London it would mean Heathrow would close.  So is this argument about capacity or not?

As the opposition group on Hillingdon Council, we really do regret that the Conservative administration have broken away from the “Better Not Bigger” campaign and have sought to tackle the bully boy tactics of HAL by talking up and embracing the idea of the closure of the airport and the development of a “Garden City” on the site.  This has undoubtedly given credence to the disingenuous claim that  the refusal of a 3rd runway would lead to the closure of the airport altogether.

We remain Pro-aviation and believe that the answer lies in having a more regulated use of the 7 existing runways that serve London, and that the efforts of HAL should be concentrated on making the airport better rather than bigger.