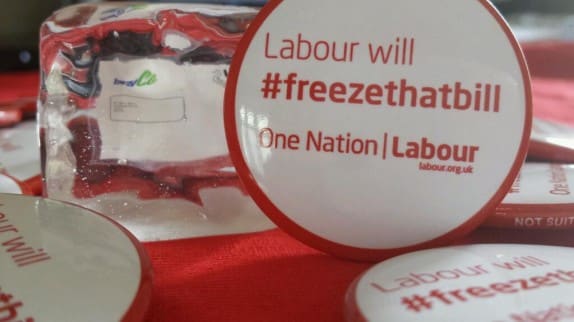 Monthly bills are going up and people are working harder to make ends meet.  Since David Cameron has been in Downing Street prices have risen faster than wages in 38 out of 39 months and energy bills have gone up by almost £300. When the price of energy increases energy companies pass this on but when it drops consumers don’t see their bills fall.

In 2011, 24,000 people died as a result of the cold weather. Councillor Curling believes a freeze in energy bills would provide much needed support to thousands of local residents and businesses.

Commenting on the issue, Councillor Curling said: “As the nights draw in and winter approaches people have been telling me they are worried about how cold it will get and the choices they will have to make to pay their energy bills. People shouldn’t have to choose between putting food on the table and turning on their heating.

“I’m delighted that Ed Miliband has announced that Labour will freeze gas and electricity prices until the start of 2017 if Labour wins the next election. This will save a typical household £120 a year – helping hardworking families who are facing a cost of living crisis.

“Local businesses also tell me that energy bills are the second largest cost that they face. Labour’s policy will save the average business £1,800 a year, giving our local businesses the support they need at a vital time.”