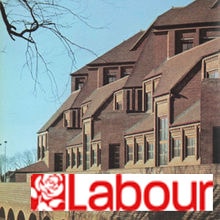 Shadow Cabinet member for Social Services, Health and Housing, Cllr John Major has today called on Hillingdon Council to sign up to Labour’s campaign to oppose the Bedroom Tax.

The Bedroom Tax will hit 2,000 households in Hillingdon and 660,000 nationally, two thirds of them home to someone with a disability, at exactly the same time as the government gives a massive £100,000 tax cut to 13,000 millionaires.

“I hope that the Conservative administration in Hillingdon back Labour’s call for David Cameron to think again on the Bedroom Tax.

Two thirds of the households hit are home to someone with a disability, and he is hitting families of soldiers serving our country who will have to find extra money for their son or daughter’s bedroom, and foster families helping children in need of a home.

In London 22% of people living in council or housing association homes who receive housing benefit will be hit. This means 80,000 people will be worse off by £1,092 a year when the bedroom tax comes into force.

This isn’t about tough choices; it’s about the wrong choices.

And at exactly the same time as the Bedroom Tax comes into effect David Cameron is giving thousands of millionaires a tax cut of £100,000 a year.“