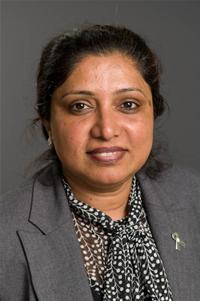 At tonight’s meeting of Hillingdon Council, the Labour Group brought a motion backed by the RSPCA calling on the Council to do more to tackle nuisance from fireworks.

The Labour Group have received an unprecedented amount of complaints from residents over the last few months about fireworks going off late at night, nearly every night. The motion called on the Council to ask officers to explore how all public fireworks within the local authority boundaries could be advertised in advance to give pet owners the opportunity to take precautions with their pets as well as knowledge for older people about the explosions.

It also called on the Council to promote a public awareness campaign on the effects of fireworks on animal welfare and vulnerable people, and to encourage local suppliers of fireworks to stock ‘quieter’ fireworks.

Despite passionate speeches from the Labour Group, the Conservative group opposed the motion calling it ‘unnecessary’.

“I submitted this motion as I have received a number of complaints from residents, and the role of Councillors is to listen to and raise the concerns of residents.

“Yet the Conservatives decided this was not necessary and voted down the motion despite it being very clear to anyone who lives in Hillingdon that the situation is getting out of control with fireworks being let off all night, every night.”