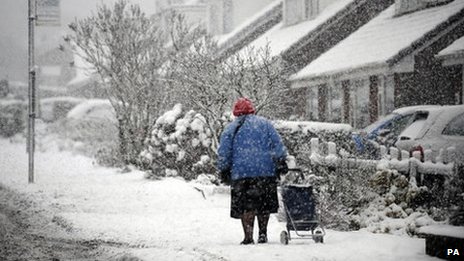 As this is the last Gazette Leader’s column before Christmas and the last one of 2013, I would like to start off by wishing all the residents of Hillingdon a very Merry Christmas and a Happy new Year.

Of course this time of year can also be one of dread for many people and for a variety of reasons.  As it’s the time of giving I would ask you to give a little time over the festive period to keep an eye on any neighbour or family member who may find this a difficult time, especially some of our more senior citizens who may be alone this Christmas.

It can also be a very pressurised time of year for families and can often be a time or increased pressure leading to arguments and Domestic Violence.  If you suspect that Domestic Violence is happening in a house near you, then call the police.  They would rather deal with a false alarm than not being called to something that could have stopped a victim being beaten.

The current economic situation with the benefit cap, bedroom tax, zero hour contracts, high energy bills and all the other things that this dreadful Tory led coalition government have imposed on the least well off in our society, all lead to this time of year being difficult to cope with.

Looking forward to 2014, I sense a spirit of hope and determination, in which hard pressed families facing even more austerity, say enough is enough.  In the year that marks the 100th anniversary of the start of the first world war, ordinary working people will look back and see just how much we have achieved over the last century, especially in terms of social justice, care and welfare.  Do we really just want to sit back and see all those achievements dismantled by “posh boys who don’t know the price of milk”?  I suggest not, and I sense the people delivering a strong message to that effect during 2014.

I can assure you that the Hillingdon Labour Group will continue to work and campaign on issues that matter to residents.  We truly believe that the residents deserve better.

So I conclude this month’s column by wishing you all, on behalf of the Hillingdon Labour Group, a very Merry Christmas and a Happy New Year.