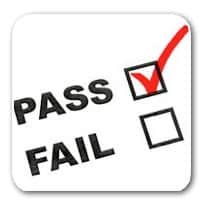 By the time this column goes to print in the Gazette newspaper, many of our young people will have received their “A” level results and others will be eagerly awaiting their GCSE results, so I would like to offer my best wishes and congratulations.  It also seems timely for me to dedicate this month’s column to the changes that the Tory led government are inflicting on our young people, who after all, are our future.

Michael Gove seems hell bend on turning the clock back to what he regards as some sort of golden age.  However all he seems to be doing is ignoring the last 30 years of professional educational development and taking us back to a situation where many swathes of our young people are written off as failures before they had a chance to prove otherwise.

Michael Gove likes to spread the myth that exams these days are easy compared to when he was sweating over his 11 plus, and that over the last 30 years the system has been dumbed down.  As a school governor I consider this as nothing more than an out of touch & ill-informed myth, which insults the dedicated professional teachers who spend a huge amount of time working with their students to ensure positive outcomes are achieved.  It also shows complete and utter contempt for the achievements and hard work of the students who are put under an enormous amount of pressure to pass their exams with high grades.

Don’t get me wrong, Im not saying that everything in the education world is perfect and that there is no room for improvement, far from it, but I do think that the government should stop experimenting with our young people’s futures and actually move our education system forward rather than the current experiment of trying to turn the clock back to some vision of an education utopia, as viewed through the rose tinted glasses of a few rich posh boys who were privately educated and still don’t know the price of milk.

I believe that the “Gove revolution” will prove to be one of the biggest failures, not only of this government, but of any government ever, especially as the only purpose seems to be to set up our young people for failure.

Michael Gove and the Tory led coalition government should be ashamed of themselves because our young people deserve better.