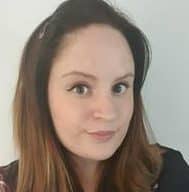 Cllr Bianco was referring to Croydon Council, and accused them of being a ‘basket case council’.

“I was shocked and angered to hear Cllr Bianco use the slur ‘basket case’. People with mental illness still experience huge social stigma, and for the Deputy Leader of the council to use a phrase that is used to ridicule and undermine people in need of mental health treatment is a total disgrace.

“I spoke honestly about my own experience during the council meeting because I strongly believe that speaking openly about mental illness can only be helpful to those who are experiencing a similar thing. For that to be followed up by Cllr Bianco with a nasty, vicious speech was nothing short of disappointing.”