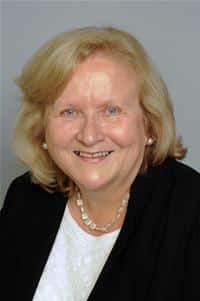 Cllr Sweeting has said that the report on school places that was provided to the Inspector at the Examination in Public of the Local Plan Part 2 in early September is already out of date and does not give an accurate picture of current need. There are a high number of children in primary schools in the south of the borough who will shortly be needing secondary school places.

According to information shared at the Education Policy Overview Committee, the Council is planning just one new Free School in the North of the borough to help with school pressures – but at Full Council yesterday the Conservative Cabinet member Councillor Simmonds said that the Council were planning two new free schools – but failed to disclose where these would be.

Speaking after the meeting, Councillor Sweeting went on to say:

“It seems to me that the Council are not adequately prepared to handle the huge demand for secondary school places that we are about to see in this Borough. The story of how many free schools are supposedly being built keeps changing, but what doesn’t seem to change is the threat of removing choice entirely from parents as most schools in the Borough are full.

“After Cllr Simmonds’ statement on school places, I had more questions than when he began. Cllr Simmonds did not address at all the additional need for more secondary places in the south of the borough, although this had been confirmed in the Education Policy Committee Report on school places in October. I just hope the Council make sense of what is going on soon – this is children’s education at risk.”