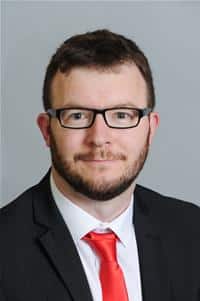 Councillor Scott Farley, who represents Botwell ward in Hillingdon, has been shortlisted in the ‘Community Champion’ category for the Councillor Awards, run by the Local Government Information Unit.

Cllr Farley was nominated for the award by Hillingdon Labour Leader Peter Curling, who describes Scott as ‘an excellent local councillor and community champion’.

For the nomination, Peter Curling wrote:

“Despite being in opposition on the Council, and representing a deprived area, Scott put forward such a compelling case to the Cabinet Member about the need for a pathway to connect the children’s playground to a dropped kerb so that it was accessible for those with wheelchairs, prams or pushchairs, that the funding was provided.

“Scott has also played Father Christmas at the Victims and Survivors of Domestic Violence Christmas Party, and handed out presents to the children of victims and survivors.

“He is incredibly modest about his achievements and considers it a real honour to be able to serve the residents of his hometown.”

The winners will be announced on Wednesday 1st December.