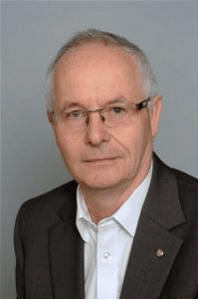 Since 2011, Hillingdon Council has cut their spending on youth services by more than 75%, equating to nearly £4million.
Research published by the House of Commons Library shows that Hillingdon Council spent £4.81m on youth services in the financial year 2011/12, but this dropped to just £1.18m in 2016/17.
This research directly challenges the image that Conservative-run Hillingdon Council have attempted to portray – the image that you can maintain services as well as freeze council tax.
Earlier this month during the Council meeting, Cllr Simmonds attempted to put down Labour’s Youth Champion motion by arguing the success of youth services and provision in the Borough – a position that Labour has continuously contested.
This research comes as the Hillingdon Conservatives abolish the Corporate Parenting Board, provoking outrage from the Hillingdon Labour Group who accused the Council of watering down Councillors responsibility as corporate parents.
Speaking on behalf of the Labour Group, Cllr Tony Eginton said:

“This Conservative administration has attempted to present the image that they are financially-sound and capable of continuing the provision of services whilst freezing council tax – and these statistics prove that image to be nothing more than conman-accounting.
“We know that whilst many services are being kept open in name – that they are empty shells that do nothing for young people in this Borough – particularly in the south of Hillingdon.
“A 75% cut to funding for youth services further proves our argument that this administration does not care about young people and will not serve in the interests of young people. Whilst the Conservative Councillors vote to increase their own personal and special responsibility allowances, young people are facing tougher times than they have in a generation. They deserve better than that. Hillingdon Labour would deliver better than that.”