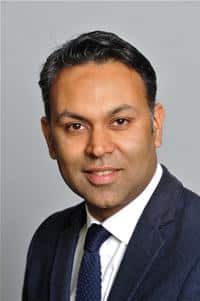 Investing in Hillingdon’s anti-social behaviour team has been a key factor in multiple budget amendments submitted by Hillingdon Labour over recent years, which has finally been agreed by the Conservative-run Council.
Despite voting it down in previous years, the Hillingdon Conservatives have now agreed that investment in tackling anti-social behaviour must be a priority, and has allocated funds to enable it to proceed.
This come as the Conservative Council also proposes to introduce a range of Hillingdon Labour ideas such as a Landlord Licensing scheme – despite the Council originally voting against it.
Speaking after the meeting, Labour’s Councillor Jazz Dhillon said:
“Every year the Conservatives speak and vote against our budget amendment – just for them to rehash the proposals and bring them back in their own budget the following year.
“The Hillingdon Conservatives have no real vision for this Borough, and spend each budget looking at what Labour suggested in previous years that they can adopt.
“We are flattered that they are in such agreement with our proposals, but disappointed that they could have come in years earlier if they had simply agreed with them in the first place.
“We look forward to seeing which of our proposals in this year’s amendment will end up in next year’s budget.”