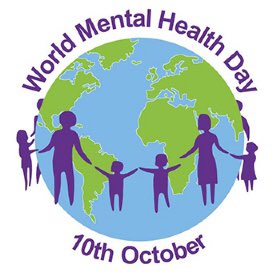 Often referred to as the ‘Cinderella of the NHS’, mental health provision nationally is underfunded, under resourced, and puts people at risk of developing worse conditions.

It would be uncommon for someone in modern day Britain to not know someone who is suffering from a mental health problem. From anxiety and depression to post-traumatic stress disorder and schizophrenia – many people are keeping their conditions and experiences to themselves instead of seeking help and getting the treatment that they need and deserve.

Even in the Hillingdon Labour Group, there are Councillors that are open and honest about their experience of mental health, and use their own experiences to encourage others to seek help and support if they need it.

The theme of World Mental Health Day 2018 is Young People and Mental Health in a Changing World, putting a focus on the particular difficulties that young people are facing and the impact it is having on their mental health. Research from ‘Ditch the Label’ shows that 83% of young people say bullying has a negative impact on their self-esteem; other research showing that 51% of young trans people report thinking about suicide with 30% having attempted it at least once; and ‘Teen Mental Health’ saying that 1 in 5 young people suffer from a mental health illness.

In Hillingdon, residents can go to their GP to seek treatment for mental health problems which can include medication as well as direction towards other therapy such as ‘talking therapy’.

Residents can make a self-referral to Hillingdon Talking Therapies – further information can be found here https://www.cnwl.nhs.uk/service/hillingdon-talking-therapies/

Residents can also call the Samaritans hotline 24 hours a day on 116 213 who provide confidential, non-judgemental emotional support for people.