Tories Vote Through a Pay Rise For Themselves 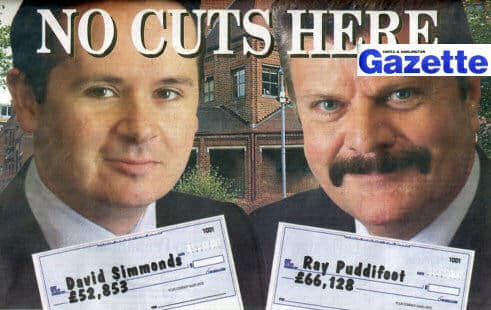 At the full council meeting on Thursday 12th September, the Tory administration voted through a 1% increase in the basic allowance paid to every elected councillor in Hillingdon.

This is at a time of austerity when the council’s staff are feeling undervalued and seeing their incomes decrease, that’s if they are lucky enough to be re-employed after being forced to apply for their own jobs but on a lower pay scale.

With allowances at this level the Labour Group find any increase in allowances (even 1% of the basic allowance) totally inappropriate and not at all in the public interest.  Furthermore we consider it to be an insult to the council tax payers and a kick in the guts to those on low incomes.

All Labour Councillors have therefore signed up to donate their increase to Hillingdon Food Bank, so that it will go some way to helping those in most need.  We are also committed to make significant cuts to the scheme of councillor allowances if we take control of the council after the local elections in May next year.