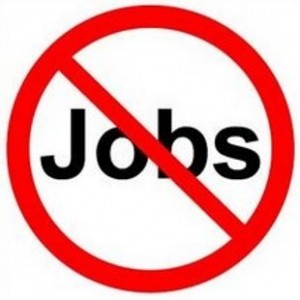 At the last full council meeting on 7th November, Cllr Janet Gardner asked the Leader of the Council about the council’s contract with a management consultant, called Hazlemere Consultancy, and considering that the cost to the council tax payer is on average £20,000 per month, when was this contract put out to tender.

The Leader of the council justified the £545,000 cost of the temporary post that was created for this management consultant to fill, on the basis that the temporary manager had overseen the transformational change process that has “saved” the council £76 million.

In Cllr Gardner’s supplementary question she asked how many jobs had been lost as a result of these “savings”, to which the Leader of the Council responded by saying “Its not about jobs, we are not here to employ people”.  This is an extraordinary statement from the Leader of the council, which he then compounded by saying that if he could run the council with just himself and the chief executive then he would.

This extraordinary outburst from the Leader of the council says quite a lot about his attitude to the council, its staff, the services they provide and the residents that they serve.  After all the Council is one of the largest employers in the borough and as such it contributes substantially to the local economy as well as employing crucial front line staff to deliver the local services to the residents.  Also he seems to have forgotten that many of the staff employed by the council are indeed residents of the borough themselves.

Just think how bad it would be if the only person employed by the council was the chief executive and the only elected councillor was Cllr Puddifoot.  No disrespect to either but surely they are only as good as the staff they employ to deliver the council’s services.

If the Leader of the Council really believed in putting the residents First, as he claims, then surely he would want the best staff motivated to deliver the best services possible and would be looking to use and promote the skills of the dedicated and professional staff that the council employs, rather than invest so heavily in a management consultant that may not have such a strong commitment to putting residents first when it comes to providing them with the quality of services that they need and deserve.